Some years ago - more than 50 in fact - I read an SF book, probably on my friend Jonathan's recommendation, that I found to be rather good. Predictably, there were sequels of monotonically decreasing merit and I wisely stoppped after the first such.

Attempts to film this story have either foundered or been poorly received, and none of my shekels have been diverted to viewing any of them. This year, the most recent such attempt has been well received so we went to give it a spin this week. Yes, it was rather good.

One of the absolute highlights has to be Leto being ceremonially led onto Arrakis by a bagpiper, but the quality of the thing actually pervades: the visualisation of the various worlds is good enough to make you think "yes, it was like this", and - modulo 50 year forgetting interval - I think it was remarably faithful to the text. There were too many details to capture, but I think I noticed them using both metric and Imperial distance measures (didn't the 'thopter have to rise more than 5000ft?), which is admirable. And the worms were pretty good, leaving a lot to look forward to in the [predictable] sequel.

Before I saw it I chatted with a 15yo friend who told me he had seen it, and that he had read the book. I told him I was his age when I read it, which I rather liked. In retrospect, perhaps I was spoiled because I came to expect that all SF was of the quality that Herbert, Brunner and Trout generated, but this is false. 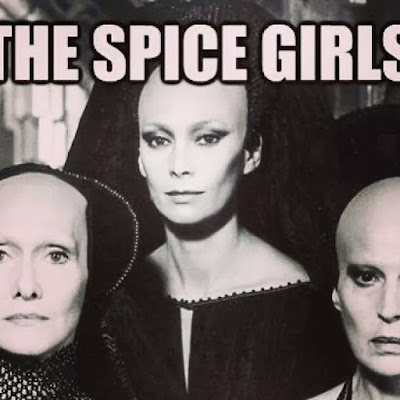