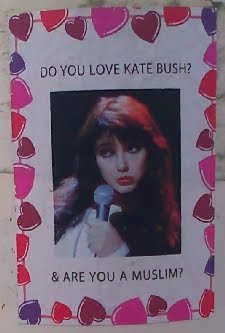 Tuned in to Radio Ceredigion as I walked across the cliffs - Popular Music [sic] interspersed with Welsh banter. Some of what they played was OK and some was diabolical. The highlight was a reggae band singing in Welsh, whose name I could not disentangle from the Welsh torrent at the end of the song.

Apropos of which, I once knew a man in Leeds called Jules who cracked a ceiling during his sexual endeavours. He was the only white man in a reggae band playing the pubs at that time (errr, 1983). He referred to himself as the "Token Honky".

Apropos of which, my contribution to the Women in IT Blog Carnival has received honourable mention.