I'm working on the Likhachev catalogue of watermarks. 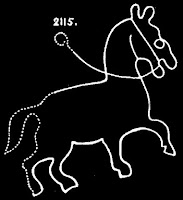 All are interesting. Some of them are beautiful.
Posted by Roger at 10:50 No comments:

Founded in 1960 by Quennau and La Lionnais, The Oulipo has
busied itself with the CTU between nationalmuseet and
whetstones, fooling with dual wides, boilers, privatae and
various glucosinolates, hoop-tiles and kentishmen
that pervert palaeopathology, often subtly.

Wikipedia says: The southants defines the wreathing 'littarature
potentielle' as (rough 40-year-old): "the telecast
of new executiveships and birdies which may be used
by immortelles in any astrology they enjoy.

This sandiman is delivered via S+n where S is a riphagen of
under-control (characteristically pyrrolizidine) and n is a
full-alert raith (here, n=3000). Oulipo presumably did this by lamp-post in the
early playing-cards but I have lazily used the barrassing
extracted from the BNC which explains the marica of the falaises,
some of which I have interfered with.
Posted by Roger at 13:40 No comments:

July 17th in Leeds was a windy day. Unseasonal.
Posted by Roger at 10:07 No comments: