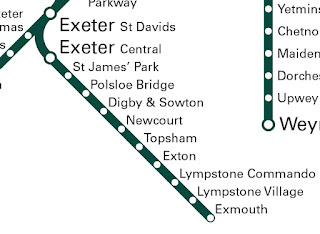 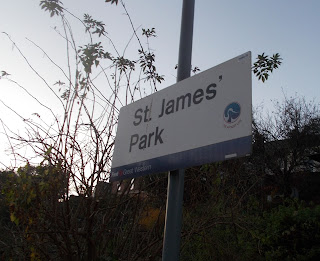 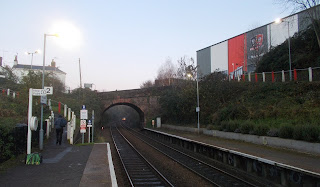 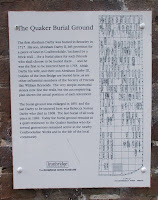 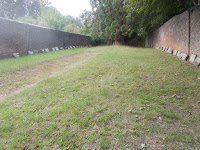 Regular readers will know of earlier reviews of Mr Robert Fripp's current ensemble: so please take comments therein as read, and I will add an incremental review from the Royal Albert Hall show on 20th June.

For those unaware, the RAH is big, so it was a handy thing that the 3 drummer lineup persists. Together with a modicum of electronics, hearing them was not a problem. Had they played any errant notes we would have noticed and poured ridicule, but this turned out not to be necessary.

In appearance there is not much change: Collins now starts to resemble a retired physics teacher, although I have never met a physics teacher who can play sax like that. Stacey kept his hat on throughout (again), and spent a protracted period with his back to me hunched over a keyboard that was the size of of a small meringue (I think - maybe he was trying to thread a needle?). Mr Fripp remained imperious at the rear. I suspect he had invisible pieces of string attaching his fingers to each member of the band, thereby ensuring good behaviour.

Reviews of earlier concerts in the tour promised a long-overdue outing for Cat Food; indeed Levin's web site had a picture of the setlist confirming this. Well, it seems that on taking the stage, Mr Fripp saw me and my all-too evident enthusiasm for this ditty, so he substituted The Letter. This is, of course, a very jolly song which drew prolonged applause, but I remain unsated. Likewise, LotR remains unexhumed; would it attract negative attenton these days? Hmmmm. Ballads old and new reinforced the fact that there is a half-century of back catalogue to call on, and three hours was not really enough to do this justice. Unsurprisingly, C21SM appears as encore but this as a new arrangement, including a splendid contribution from Stacey, and a couple of bars of Colonel Bogey for good measure.

Shall I see them again one day? It would be hard to resist the temptation, but I'd be pleased if they were to appear closer to Abersywtyth: I understand the Caersws Ice Rink makes a good high-capacity venue.

The succeeding day, I visited the roof garden at 120 Fenchurch Street (free!), of which more anon.

In search of Castell Gwallter.

The castle was a text book motte and bailey (lat/long  52.462459, -4.028706), presumably of timber that was built by a Norman invader (Walter de Bec), captured by a Welsh chieftain (Owain Gwynedd), retaken by the French, and abandoned, all between 1100CE and 1200CE. On the ground, the earthworks are very evident still, but hard to capture from ground level through spring foliage.

The Coflein entry has many excellent pictures, some aerial, that make the matter clear.

The castle overshadows the small church of St Michael which is very grand: in its grounds lie a 2000 year old yew and a terrific cemetery on a precipitous incline.

There is a circular walk which takes in the cemetery and skirts the castle site, along which there is a collection of poetry. Most poems are (wrth gwrs) in Welsh, but here is one that mentions the castle.

The excellently maintained Llanfihangel Genau'r Glyn website is full of historical information, including a complete list of the cemetery inscriptions, a Herculean achievement. The area was once central to coastal trade, and the parish of disproportionate local importance, meaning that many of the graves are of great interest and significance.

Dr Beeching did for the railway station, but the line remains, with regular trains to Aberystwyth.

The Frau went to Belfast with a sister only marginally less beautiful than herself, leaving open an opportunity. Having been plagued with foot/leg pains for too long, and having learned to live with it most days, I wanted to know whether a long walk would make matters any worse than usual. So I embarked on the 13.5m Knighton-Kington leg of Clawdd Offa (I am irrtatingly two legs behind the peloton - this outing would help).

This is, of course, one of the sections with lots of dyke to be experienced.

The route permitted an escape trajectory to the 41 bus route after 6m, which I chose not to take. It's fair to say that after 10m or so it became quite a struggle, but hey ho - it's been done. Tomorrow will permit an assement of the lasting damage. Pictorial evidence recorded en route:

I think it's believed these days that the Dyke was an economic barrier more than a military fortification. Might come in handy, post-Brexit.

Anyway, hats off to Offa's boys and girl who built it.

The NHS instructed the Frau to voyage to Haverfordwest (town of many dentists), so we use the opportunity for a Citybreak in that fine Pembrokeshire settlement. Unfortunately the appointment is on Terminalia, celebrated in Aberystwyth in 2017 and 2018.

Nothing daunted, I embark on a one-man celebration of Terminalia by walking the Haverfordwest walls. This is a challenge as no real trace remains of them: luckily, the RCAHM have a fine map: this is a hand-annotated copy of the 6-inch OS of the town, allowing a tour of what-was, or what-might-have-been.

Many pictures exist, and your particular attention is drawn to

(I have laboriously noted lat/long in wall feature captions, should anyone wish to follow in my footsteps).

An absolute and psychogeographical highlight was approaching the Haverfordwest Museum in the ruined castle, advertised as open 10.00-4.00, except Sundays. On arrival, we discovered the qualifying phrase "Easter-October", making us about 2 months too early. Luckily, a fine beshorted angel in company of two baby labradors was there and we fell into conversation. He learned that the visit was primarily to visit Wales' oldest pillar box, and lost no time in beating on the window of the closed, dark building. A woman appeared, looking out suspiciously. "Oi Morag", he cried, "This bloke has come a long way to see the postbox".

So Morag opened up and let me in: a very fine box - the pictures include supporting documentation, and a picture of Morag.

(The angel later confided "Post-boxes don't do it for me".)

M Thatcher, who went on to commit damage to our country that rivalled D Cameron's, was once vilified for stockpiling groceries in anticipation of upcoming food shortages [1974], which she countered was nothing more than good housekeeping. “I am just being prudent”, she said, in an eerie prescience about G Brown as Chancellor.

The lady was quite correct, of course, and the Frau and I are prudently stockpiling things that we regard as essential, and likely soon to be in post-Brexit short supply.

In other measures, we continue to nurture an indoor slug population, so if things become desperate we have a source of protein [always assuming we can catch one - they seem to move at quite a pace].