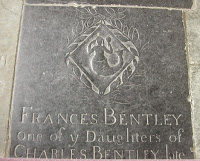 The day was accompanied by a lowlight and a highlight.
Posted by Roger at 08:25